Honey can help with weight loss. It does not directly cause fat burning. It helps with weight loss as a healthy substitute to fat-inducing refined sugars. However, because it is naturally very sweet, a smaller amount is needed. For example, a teaspoon of sugar is needed to sweeten a cup of coffee or tea.

If using honey, ¼ to ½ teaspoon is enough to achieve the same level of sweetness. Plus, honey is much healthier than refined sugar.

Honey contains special enzymes that help in breaking down its sugars further into glucose and fructose. These simple sugars are readily absorbed and used up immediately by the body.

Honey also helps in weight loss through its minerals and 22 amino acids. The minerals help prevent obesity in the body by promoting balance in many chemical processes. If the body’s chemical processes are in balance, the utilization of energy and nutrients are efficient. Nutrients are well distributed, adequately used and properly stored, which reduces the risk of obesity.

Honey is also the best sugar substitute. Honey contains more calories than refined sugar. A teaspoon of honey has 22 calories, while the same amount of refined sugar contains 16 calories. However, the calories in refined sugar are empty, which is bad for health and weight. That is, even if the calorie count is lower, it has negative effects in the body. Because it is empty calorie, the body has to use its stores of minerals and vitamins in order to metabolize it.

Refined sugar depletes the body’s nutrient stores, which creates an imbalance. Again, the imbalance promotes weight gain and obesity. Honey has usable calories that actually contribute to the nutrient stores in the body, instead of depleting it. The natural enzymes and compounds in honey help in its own digestion.

Honey contains a lot of calories, but has a low glycemic index. This means that the sugars are gradually absorbed by the body, which

does not cause spikes in blood sugar and insulin. This is a major factor in controlling weight.

The digestive process is also better regulated due to the minerals and other compounds found in honey. Good digestive process means food is better digested and absorbed. This will provide a steady supply of energy to the body, which also helps in stabilizing energy consumption and metabolism. Risks for diseases and obesity are often due to erratic metabolic and chemical processes.

Some people have the tendency to overeat, experience indigestion or discomfort after eating. It is advisable to take honey for relief. A tablespoon of honey after meals helps to promote better gastric and intestinal motility.

Promotes Better Fat Use and Profile

Honey is also believed to stimulate the mobilization of stored fats. The body tends to accumulate fat fast but slow in burning it for energy. By taking honey, these fat stores are activated and ready to be burned for energy.

It has also been found that compounds in honey can reduce the strain on the cardiovascular system. That means one can lead a more active lifestyle without worrying about putting the heart through too much work. About 1 tablespoon of honey taken every day can provide this benefit.

Honey and lemon juice is also one of the most effective honey combinations that promote weight loss. This mixture is taken early in the morning, believed to jumpstart the body’s metabolic rate and keeps it up throughout the day. Lemon juice further enhances fat metabolism already stimulated by honey.

Vitamin C in both honey and lemon enhances liver detoxification, which is an important step for sustainable and effective weight loss.

Honey and cinnamon is also a popular weight loss honey mixture. According to those who have tried it, honey and cinnamon together promotes better blood sugar regulation. Weight gain is strongly linked to spiking levels of blood sugar and insulin. Cinnamon regulates glucose absorption and metabolism.

Honey has low glycemic index, which means it does not cause rapid increase and decrease in blood sugar. Combined, cinnamon and honey promotes stable blood glucose and insulin levels, which in turn slow down fat accumulation in the body.

When following a fasting diet, taking honey helps to get past the cravings and hunger. The calories are fully utilized by the body and do not accumulate as fats. It helps to feel fuller for longer periods because of the stable and long-term release of energy from honey.

One latest theory links honey to weight loss through the hibernation diet. Part of this diet is taking 1-2 tablespoons of honey before going to bed at night. The belief is that honey and sleep are potent mix to stimulate fat burning during sleep. This is also believed to stimulate the liver.

Toxins in the blood and in the cells promote more fat accumulation. Fat acts as a protective layer around the organs against toxins that can damage them. That means as toxins build up in the body, so will the fats. By removing the toxins, the body can start breaking down the fatty layers because there is no longer any need for their protective function.

Honey taken at night for the hibernation diet is also believed to reduce the stress hormones circulating in the body.

How to use honey for weight loss

Weight loss can be stimulated by taking honey with a glass of lemon juice. This mix is known to be an effective treatment against cellulites. It increases the metabolic rate, which in turn increases the rate of fat burning.

Honey and cinnamon is also another potent mix believed to accelerate weight loss naturally. Cinnamon is known to increase metabolic rates. To use, mix cinnamon to one cup boiling water. Mix these thoroughly, cover and set it aside for 30 minutes. Strain the mixture and add 1 teaspoon of honey. Mix and drink on an empty stomach, about 30 minutes before breakfast.

Honey is also a good way to stave of hunger effectively and safely. A lot of people who wish to lose weight think that they can do so more quickly when they do not eat. In fact, not eating or letting the body starve contributes to fat accumulation. When the body starves, its natural reaction is to store as much energy as it can to protect itself. It hoards energy and minimizes fat burning. This is why some dieters find it difficult to lose any weight despite not eating and engaging in intense exercising.

fats and eventually achieve weight loss. Also, nutrition is very important when losing weight. Honey contains a lot of nutrients that the body can use to bring balance as the body sheds off the pounds. 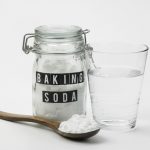 Seven ways to use baking soda 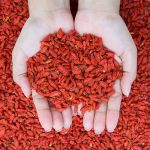 The benefits of goji berries 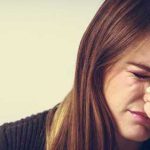 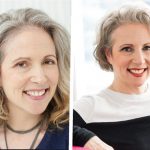 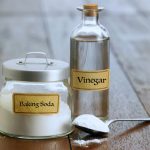 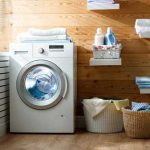 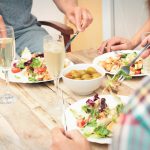