Honey is one of nature’s cure-all. Its numerous nutrients and compounds, as well as enzymes, have several health benefits. Some varieties can even treat various ailments.

The hygroscopic property allows honey to absorb moisture when they are exposed to air. This property is especially helpful when managing dry skin and speeding up wound healing. Moist skin is able to regenerate and heal itself faster. This same characteristic also helps in retaining moisture.

In recent years, there is a renewed interest in honey’s natural antibacterial properties. Synthetic antibiotics are becoming less and less effective against the multitude of bacteria appearing fast.

One antibacterial component in honey is an enzyme that produces hydrogen peroxide. This enzyme is called glucose oxidase. This is

considered as the main reason behind honey’s potent antibacterial properties. When hydrogen peroxide is produced, it seeks to destroy the bacterial membrane, eventually killing them.

Honey is effective against harmful bacteria commonly found in food. Clinical studies have found that using medical grade or therapeutic grade honey kills common food-borne pathogens such as Salmonella and E.coli. This means that by adding honey to food (such as Manuka honey), any residual pathogens that may be present are effectively killed.

Also, clinical studies also show that honey is also effective against antibiotic-resistant strains of bacteria. These studies found that honey can effectively kill and treat nosocomial infections caused by Pseudomonas aeroginosa, and MRSA (methicillin-resistant Staphylococcus aureus). These infections are difficult to treat and require the use of very strong antibiotics with harmful side effects.

Honey is abundant in minerals and other nutrients such as protein and carbohydrates, which the body can use for health.

Other Benefits for health

Honey contains iron and vitamin C. Iron is needed by the body, particularly by the red bone marrow in order to produce red blood cells. More iron means more hemoglobin and red blood cell production. Vitamin C is an important substance in iron absorption. The body is better able to absorb iron in the presence of vitamin C. If not, much of the iron in food would only be excreted.

WBC or white blood cells are immune cells. A recent study by the Mayo Clinic revealed that honey has a huge potential of becoming an effective and inexpensive method when it comes to preventing decreased white blood cells count associated with chemotherapy.

One small clinical trial showed that about half of the patients at risk for chemotherapy-induced neutropenia (low WBC counts) no longer had neutropenic episodes when they took 2 teaspoons of therapeutic honey everyday during the entire chemotherapy period.

Allergic symptoms include cough, runny nose and inflammation. Honey is effective in soothing these symptoms. It soothes cough and reduces the inflammatory responses.

A lot of people advocate the use of honey to treat allergies, especially seasonal type of allergies like pollen and hay fever. Proponents claim that by taking small doses of honey on a daily basis, the body is subjected to a gradual desensitization. Honey contains small

In simpler terms, the body overreacts to large doses of pollen because it is overwhelmed by the amount it is exposed to at one time. If the body is exposed to small amounts over a period, it learns and recognizes that pollen in itself is not a threat. In due time, the body will no longer be hypersensitive to pollen, even when it is exposed again to large amounts.

Sports drinks commonly used by athletes during heavy workout and training sessions are often abundant in sugars and gels, designed to provide them with much needed energy. These substances provide the needed energy but cause chemical and metabolic reactions that can harm the body. For example, the artificial sweeteners or refined sugars added to these sports drinks can cause obesity and increase the risk for certain health conditions like diabetes and cardiovascular problems.

Most of these sports drinks also contain empty calories that can deplete the body’s nutrients. Honey, on the other hand, provides the sugars needed for energy. The sugars are all natural and good for health. There is also the bonus of nutrients and antioxidants that can help the muscles recover well after an intense workout. Honey is also a better alternative to sports drinks when endurance is needed. It provides a steady supply of energy over a long period.

Antimicrobial, anti-inflammatory, demulcent and hygroscopic properties of honey all help in treating dandruff and scalp problems. One study has proven this honey benefit. Participants suffering from dandruff and chronic seborrheic dermatitis were asked to use diluted honey on the problem areas. The treated area is rinsed after 3 hours. Within a week of daily treatment, all of the participants reported relief of itching. Scaling also disappeared. Lesions on the skin totally healed within 2 weeks of honey treatment. Hair loss that accompanies these scalp problems are also reduced. Relapse is also effectively prevented when treatments are extended for 6 months.

This benefit has clinical evidence. One study compared the therapeutic effects of honey, diphenhydramine and dextromethorphan. The results showed that most of the 105 children in the study showed better response to honey than to the two drugs. The children had fewer nighttime coughing episodes compared to when they took dextromethorphan. Buckwheat honey variety was used for this study.

The following are some of the other health benefits obtained from honey: 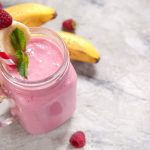 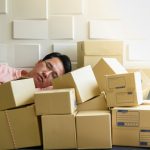 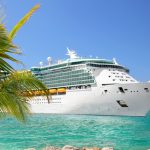 7 things you won’t see on a cruise 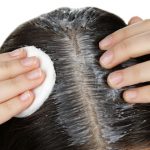