What if feeling young had an impact on aging and longevity? The truth may not be so far away …

Saying that our feelings and beliefs about aging have an effect on our longevity sounds like magical thinking, but there is growing evidence that self-perception of age (APA) is one of the many influencing factors. on our physical health.

According to a widely held theory, older people with negative ideas about age are more stressed, less willing to do the right thing (such as moving or seeing a doctor when they first feel unwell), and more likely to have a low opinion of them. ‘themselves.

A recent study attempted to assess the influence of APA on the mortality of people over 65 years of age with non-metastatic cancer. The risk of death during the six-year study was found to be 3.62 times higher in subjects with negative APA than in more optimistic participants. According to Sarah Schroyen, a psychologist at the Belgian University of Liège and lead author of the article, “Our idea of ​​aging may have an influence on the desire to live.

People who have negative self-perception are arguably less likely to follow their treatment rigorously. ”

If you want to improve your self-perception of age, the psychologist suggests various strategies, including spending more time with younger people, focusing on what is important to you (your areas of interest, your family, mutual aid), and apply yourself to fight against age stereotypes. 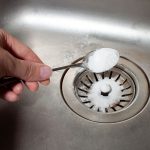 How to eliminate bad pipe odors in the bathroom

Seven ways to use baking soda 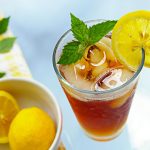 How To Make Green Tea Iced